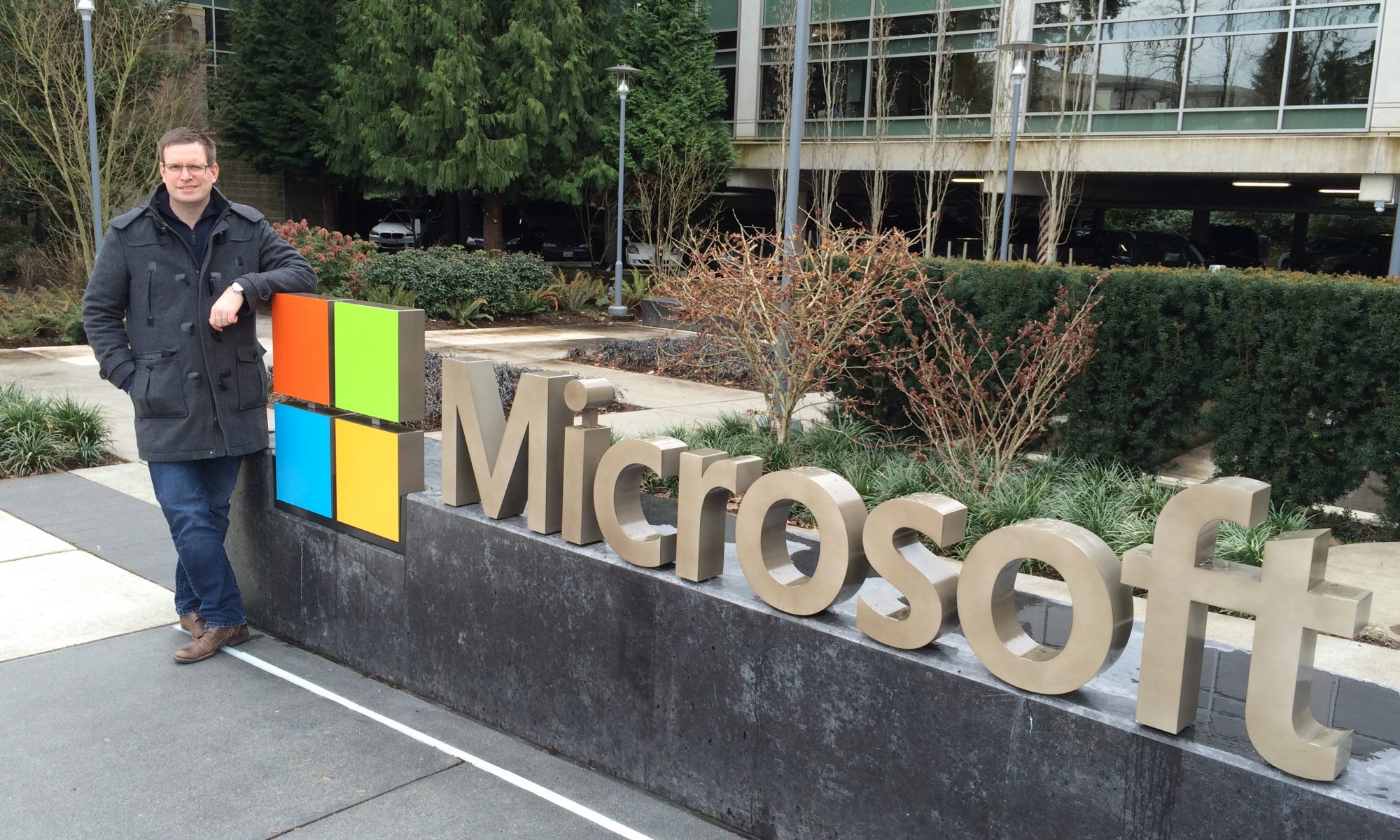 My name is Thorsten Pickhan and I’m living in the beautiful North Rhine Westphalia on the edge of the Ruhrgebiet.

I started my IT career about 20 years ago as a trainee in a small IT shop. There I had my first contact with Microsoft Windows and build the first simple Active Directory infrastructures based on Windows Server 2000 for customers.

After some smaller projects, I had my first bigger Microsoft installations and get in touch with Exchange and SharePoint as a collaboration platform.

End of 2009, I had the chance to switch to a Microsoft Partner in Cologne. Here, I could deepen my knowledge of Microsoft products. The company itself was Microsoft partner and had several Gold competencies. The CEO was connected well to Microsoft and in consequence, the projects and customers were demanding and I could train my Microsoft skills very well.

In 2011 I moved once more to a Microsoft partner near my hometown. The company had about 70 employees and was focused on Microsoft Office products like SharePoint, Exchange and also UC.

I was engaged as SharePoint consultant. But before I could start my new job, I had a call with my new manager and he asked me if I could imagine to be a UC consultant and to get trained for Microsoft Lync. My answer: Why not? Let’s do it!

In retrospect, one of the best and most important decisions I made in the past few years. So, I become Microsoft UC consultant and started to learn Microsoft Lync 2010, Audiocodes and basics about VoIP and SIP traffic.

Fortunately, my new employer gave me the time and the support to learn the technology at a deep level. After the first projects were realized, my employer recognized the importance of Microsoft UC in the workplace of the future and invested time and money to get a team focused on this trendsetting topic.

After two years I become Team leader for Microsoft UC. My team was growing to three consultants and two support specialists.

In 2016 the company divided into two companies: one company was focused on on-premises and infrastructure topics. The other company on Microsoft and Office 365. Guess, in which team I was a member of? 🙂

Unfortunately, after two years the journey has an abrupt end: the company had some bigger changes and my colleagues and me, we decided to move to another company where I worked for about three years.

In January 2020 I decided to start a new journey in my career and changed my employer. For me, it was a huge step because I decided to left my team behind me and to start a completely new challenge for me.

In sum, I’m working as UC consultant for about 10 years and started my UC career with Lync 2010. Since then, a lot has changed: Lync became Skype for Business and will be replaced with Microsoft Teams in the near future.

In February 2020, I started my own YouTube channel where I release on a regularly basis new videos in two sections: a monthly Video channel about all the new features and releases in your Microsoft and Office 365 Tenants. In a second channel I provide on a weekly basis short QuickTipp videos for different Office 365 tools.

Since July 2021, I’m awarded as a Microsoft MVP for Office Apps & Services.

This blog is based on my experience and knowledge of several projects in the Microsoft UC world. It should help other admins and interested people to stay informed and to solve problems around Office 365 and in particular Microsoft UC and Audiocodes topics.